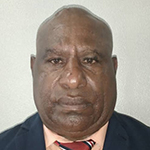 Mr. Mathew Sisimolu is the chairman of Wolutou Incorporated Landowner Group (ILG) representing the Gobe PDL4 landowners. He is a community landowner leader and a businessman, who has been representing his people since the start of the Gobe Oil project. He has been involved in the Kutubu and Gobe oil projects, through drilling activities, and is a trained level 3 safety officer. He was appointed to the Board of PRG in August 2019 and serves as Chairman and Non Executive Director. 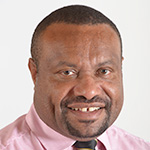 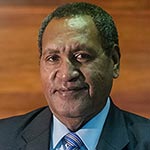 Mr. Christopher Haiveta is the Governor of Gulf Province.  He sits on the board of PRG by virtue of his position as Governor. Haiveta first entered parliament in 1992. He has held various senior position in government since then, including serving as Deputy Prime Minister twice. He was leader of the Pangu Party between 1993 and 2002. 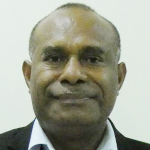 Manau was the Acting Assistant Director Petroleum Policy within the Petroleum Division of the DPE before his appointment to Secretary. He has a Master’s Degree in Business Administration (MBA) from the University of Papua New Guinea and a Bachelor Degree in Lands Studies (BLS), PNG University of Technology. Mr. Manau is a highly experienced professional in the Oil and Gas industry and brings with him years of expertise in state and landowner work. 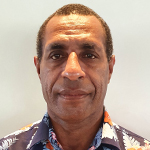 James Kaia is a landowner leader and an aspiring politician from Gobe, he was appointed to the board of PRG in August 2019. He has a wide experience in Community Affairs work. He has worked with Chevron Niugini then onto OilSearch playing an active role in representing the developer and mitigating landowner issues during the early days of the Kutubu Oil project. He was also a candidate in the 2017 National Election in the Kikori Open seat. He now plays an active role proving leadership in resolving long standing issues within Gobe landowners to allow them to see that they receive their benefits. 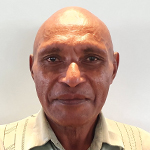 Mr. Fred Kitapa was appointed to the board of PRG as a Non Executive Director in August 2019. He is a primary school teacher by profession and has taught in various schools in Southern Highlands and Hela provinces since 1983. He is actively involved in his community and represents his people of Gobe in various landowner negotiations and issues with government stakeholders and developers.